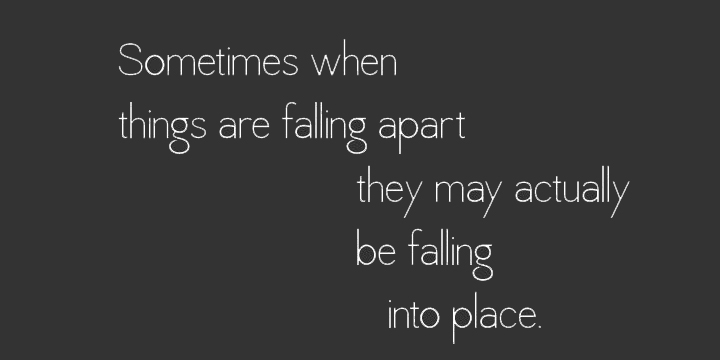 It’s a dangerous thing for a person like me. I can get lost going far too deep into a concept or a feeling very easily.

It’s why I write. If I don’t get thoughts out of my head, they grow heavier and deeper until they become solid mass. A boulder – a mountain – in my head and heart that I can’t get around.

I think that’s why I have such a hard time being faced with concepts and problems that are too big to even ponder.

I can’t solve human trafficking & prostitution. I can’t free all the slaves.

I can’t write to relieve the pain of seeing people who live utterly alone in their strife – or who have no home. I can’t write a blog that will give children back their parents or a mother back her daughter taken far too soon.

I can’t scream “GRACE!” loud enough to help the abuser to STOP and turn.

I’m pondering because I am helpless. I am praying because my God is ACTIVE.

He is strong. He is present. He is merciful. He is hurting more than I am.

There is a character in the Bible that I get. I feel like we are so similar, mostly in our faults.

On the night Jesus was arrested for a crime not committed, but to set in motion a plan from the beginning of creation to redeem ME, to redeem you . . . Peter got angry.

He watched as armed men came to take away the only hope all of mankind had for redemption in chains.

They were taking away the man, maybe the only one, who believed in Peter. The man who challenged him to walk on water AND gave him the power to do so. This was not a loss that Peter was prepared for. Jesus was EVERYTHING to him.

He was not going to sit back and watch as Jesus was led to his death. So, he pulled out a sword and started swinging.

Dude was a fisherman, so I’m not even sure why he had a sword. But, I’m guessing he didn’t get in much swordplay practice.

He swung and he hit. Chopped the servant of the high priest’s ear off. Clean off.

“Put away your sword,” Jesus told him. “Those who use the sword will die by the sword. Don’t you realize that I could ask my Father for thousands of angels to protect us, and he would send them instantly? But if I did, how would the Scriptures be fulfilled that describe what must happen now?”

PETER! NOT LIKE THAT! How have you missed this? If I don’t die, I cannot rise. If I do not rise, there is no redemption for all of the history, present and future of creation! PUT DOWN THE SWORD.

How do we miss this? How do I miss this? GOD IS WORKING. His plan will continue with or without me. Because it is HIS PLAN.

Do I really believe that the God who created the whole world does not rage at the actualization of the slavery of His beloved?

Do I really, in my heart, believe that the God who pulled me out of the deepest darkness to tell me that He has always loved me is not fervently waiting for those who are in hard-hearted rebellion to turn to Him and experience grace?

How can I believe that the God, who gave himself as a physical, painful sacrifice to end sin, pain and death does not hate death with an anger so fierce, it could destroy the universe?

Yet, we are still waiting.

Yet, I am still pondering & praying. What is He waiting for?

The Lord is not slow in keeping his promise, as some understand slowness. Instead he is patient with you, not wanting anyone to perish, but everyone to come to repentance. 2 Peter 3:9

The Creator-Redeemer God of the universe is patient. Why? Because he wants EVERYONE to come to repentance.

That is a tough pill to swallow because it means he wants the abuser along with the abused. He wants the captor and the slave.

Because we have all turned away from our maker. We have all allowed ourselves to be enslaved and to allow slavery of others.

This world is so, so broken.

But, if I just grab my sword and start swinging at the first person I think created the problem, the best I can do is chop off some guy’s ear.

We are clumsy heroes.

The story and truth of the Gospel will tell us that God can do much better. His plan is working.

We cannot sit idle. We have to fight – but, we fight with the truth of the Gospel and the freedom it offers ALL who believe.

I’m going to trust God that He sees so much more than I see. Which must mean that He hurts even that much more.

God will only give you what you would have asked for if you knew everything he knows.

One thought on “Pondering How Clumsy I Am”